This program deals with the confrontations which exemplified Africa’s mix of indigenous, Arab, and Western forces. In Kenya, white settlers reserved about 30% of Kenya’s most fertile lands. The Mau-Mau’s, also in Kenya, fused religion with patriotism. Jomo Kenyatta, alleged founding father of Mau-Mau was imprisoned, but survived. He led Kenya to liberation while being forgiving to the white settlers.

In Nigeria, the Yoruba, Hausa, and Ibo all share the same nation. Mazrui presents Nigeria as the example of the arbitrary partitioning of Africa by the imperial powers. The Northern Hausa have received traditional Muslim education. The Southern Ibo have received Western education. In Hausaland, the Ibo took the technical jobs and prospered. In 1966, there was an Ibo-led military coup. In revenge, Hausa killed many Ibo. Thus, many Ibo people returned to Igboland. Ibo then seceded from Nigeria, creating their own nation, Biafra. A civil war ensued, called the Biafra war. One reason for the war was the fact that petroleum was in Biafra. The British and the Arabs supported the federal side. Biafra survived longer than expected because the French, Chinese, and Israelis backed Biafra. Nevertheless, Biafran starvation claimed as many lives as the fighting. When Biafra surrendered, the victors did not gloat.

In Algeria, white settlers saw Algeria as part of France. The Algerian war was France’s “dirtiest war of the twentieth century.” One million Algerians were killed. When it became clear that France was going to lose to Algeria, the white settlers destroyed the infrastructure and departed.

Join in the discussion by registering here on the HiA Network; and joining the The Hut Community – Karibuni sana! (you are very welcome)

The event is finished. 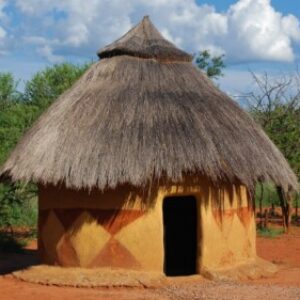 The Hut is a decolonial community that tries to understand Africans globally by historicizing their material condition. We therefore walk into the Hut to discuss issues affecting Global Africa and African peoples from the perspective of African authors, artists, or political personalities.

Welcome to the HiA Network!